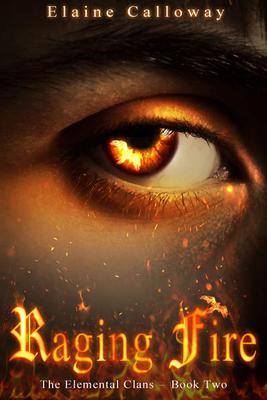 See more by Elaine Calloway
Get it now

Elaine Calloway writes paranormal fantasy romance books for Kindle and paperback. Whether she writes about an Elemental Series and Elemental Worlds, or tells stories about ghosts in the deep South, all books are set in iconic cities such as New Orleans and Savannah.

She is currently working on two series: The Elemental Clan Series and the Southern Ghosts Series.

The Elemental Clan Series is about nature's four elements--water, fire, earth, and wind--and their battle to save innocent souls from the evil Fallen Angel packs.

The Southern Ghosts Series includes No Grits No Glory (Book One) releasing 10/1/2014 and planning for a Book Two release in 2015. These tales include ghosts who help humanity and encourage humans to embrace whatever supernatural gift they may have. Often there is a crime or other incident the humans need to solve with the help of the ghosts.

Elaine Calloway is originally from New Orleans (she can still do a decent Cajun accent upon request), and she grew up with a love of all things supernatural and gets back to the Crescent City as often as she can.

For more info, visit her Web site at www.elainecalloway.com