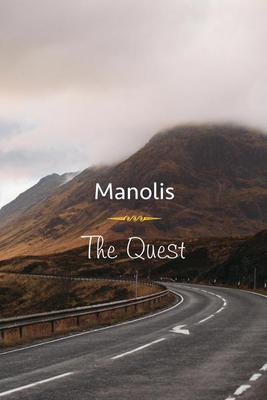 See more by Manolis
Get it now

Manolis (Emmanuel Aligizakis) is a Cretan-Canadian poet and author. He’s the most prolific writer-poet of the Greek diaspora. At the age of eleven he transcribed the nearly 500 year old romantic poem Erotokritos, now released in a limited edition of 100 numbered copies and made available for collectors of such rare books at 5,000 dollars Canadian: the most expensive book of its kind to this day.

He was recently appointed an honorary instructor and fellow of the International Arts Academy, and awarded a Master’s for the Arts in Literature. He is recognized for his ability to convey images and thoughts in a rich and evocative way that tugs at something deep within the reader. Born in the village of Kolibari on the island of Crete in 1947, he moved with his family at a young age to Thessaloniki and then to Athens, where he received his Bachelor of Arts in Political Sciences from the Panteion University of Athens.

After graduation, he served in the armed forces for two years and emigrated to Vancouver in 1973, where he worked as an iron worker, train labourer, taxi driver, and stock broker, and studied English Literature at Simon Fraser University. He has written three novels and numerous collections of poetry, which are steadily being released as published works.

His articles, poems and short stories in both Greek and English have appeared in various magazines and newspapers in Canada, United States, Sweden, Hungary, Slovakia, Romania, Australia, Jordan, Serbia and Greece. His poetry has been translated into Spanish, Romanian, Swedish, German, Hungarian, Ukrainian, French, Portuguese, Arabic, Turkish, Serbian, Russian, Italian, Chinese, Japanese, languages and has been published in book form or in magazines in various countries.

He now lives in White Rock, where he spends his time writing, gardening, traveling, and heading Libros Libertad, an unorthodox and independent publishing company which he founded in 2006 with the mission of publishing literary books.

His translation book “George Seferis-Collected Poems” was shortlisted for the Greek National Literary Awards the highest literary recognition of Greece. In September 2017 he was awarded the First Poetry Prize of the Mihai Eminescu International Poetry Festival, in Craiova, Romania.