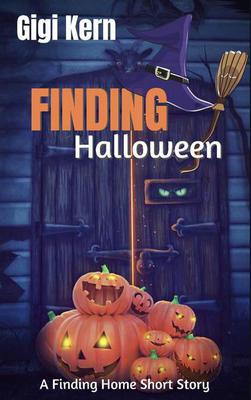 See more by Gigi Kern
Get it now

Gigi Kern is currently writing the third book, Finding David in the Finding Home series, her first gay contemporary romance series.  A huge fan, she along with thousands wait with baited breath for the next new release from her favorite gay romance authors.

Gigi first discovered her passion for reading out of desperation.  During her month long hiatus for her seventh grade summer break, spending quality time with the grandparents in sunny Florida in August, the hottest time of year, she became desperate.  See, awesome grandparents had no cable.  Travesty though it was, Gigi discovered the retirement community's library and there it was in all its glory, Heaven by V.C. Andrews.  And she's been hooked ever since.

Though her day job is monotonous, she has been able to work in three continents, travel and see the world.

Her menagerie of wooden animals from her world travels have major competition from her two cats, Marco-pollo and Squertie.  And, cause what would a menagerie be without animals, her two 65+ pound dogs, Leo the lug and Blink the destroyer of toys.

She is currently writing her life away on the shores of North Carolina.

Updates on the Finding Home Series can be found at her official author website at www.gigikern.com or at her facebook at www.facebook.com/kerngigi or by twitter at www.twitter.com/kerngigi