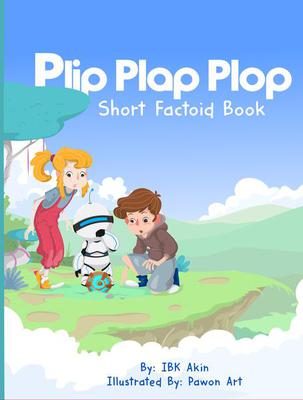 See more by Ibk Akin
Get it now

IBK has a life story that can be another book idea. IBK was born in Nigeria, had many adventures going to boarding school in a remote town surrounded by the jungle. In 2003, IBK moved to a ghost town called Fort St. John in British Columbia, Canada. IBK made several friends there, enjoyed horseback riding and really soaked in the Canadian culture.

IBK then moved to Winnipeg Manitoba or commonly known as Winterpeg, Manisnowba for school. IBK got involved in several groups in university and performed extensive volunteerism with United Nations, Model United Nations, IVCF, Power to Change Ministries, Porch 2.0, and his student union on campus. IBK worked at the International Centre for Student for several years at university and got to meet and help students from all over the world.

IBK loves to travel. One of his unique hobbies is to buy a man sized flag from any countries he has visited, including airports. His flag collection includes Thailand, Germany, Japan, China, and Nigeria. He is missing flags from South Korea and the USA since he started this hobby after he had visited those countries.

IBK longs to one day visit Japan, New Zealand, and Sweden. IBK lived in China for a couple years working and studying and is fluent in Chinese mandarin. IBK currently works in Children’s Ministries. Check out the website for the book series http://www.eyebeekay.com and be sure to visit his blog. Also check out his book projects.