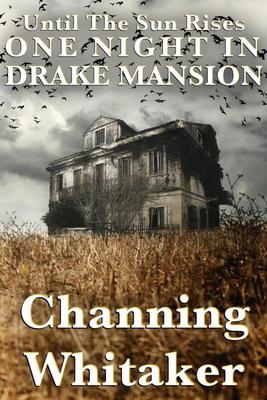 Until The Sun Rises - One Night in Drake Mansion

See more by Channing Whitaker
Get it now

Channing Whitaker is a novelist, screenwriter, and filmmaker originally hailing from Centerville, Iowa. An alum of Indian Hills Community College, Channing went on to study cinema, screenwriting, literature, and mathematics at the University of Iowa. His college years were also spent tending bar and in bar security, which he considers a valuable study of humanity, and an indispensable supplement to his formal education.

Post graduation, Channing began his career in the production of television news, independent films, and commercial videos, as well as writing for websites, corporate media, and advertising. His career has taken Channing from Iowa to Texas, Alaska, Oklahoma, and to California where he currently resides.

Channing is a fan of many media forms and genres. He considers himself a storyteller foremost and works in multiple media and genres himself. Channing’s artistic influences include Trevanian, Gene Roddenberry, Kurt Vonnegut, Jim Jarmusch, and Robert Altman, though he credits his late father, a psychology professor, with profoundly impacting his approach to the deep, conflicted, and multifaceted characters which drive his stories.

In his home life, Channing is a father of two, a sports lover, and a real-life space exploration enthusiast.

Channing is among a small subset of writers who are also dyslexic. He considers learning to overcome the challenges of this diagnosis to have aided him in persevering amid the rejection-filled, uncertain, and competitive fields of writing and screenwriting.