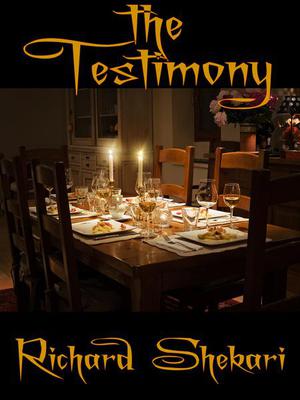 See more by Richard Shekari
Get it now

Richard Shekari born 11th April 1981 in Bauchi State, the Northern city of Nigeria. His parents got separated two months prior to his birth. Richard Shekari hails from Kaduna State, Nigeria. His father, Luke O. Shekari was an accountant with the Ashaka Cement Company PLC, Gombe State. His biological mother, Gladys J. Barwa was an editor with the National Television Authority (NTA) Nigeria, Bauchi chapter in the 80's. Richard Shekari attended the Workers Village Primary School Ashaka 1988-1994. He had his Secondary education at Government Science Secondary School Gombe 1994-2000, where he picked his talent for music as a rapper under the stage name Rex Razor in his earlier days. He released his first album titled Dirty Diamond early 2000’s.

Richard's inspirations included the likes of Tupac Amaru Shakur, Marshall Bruce Mathers III  and Rick Warren. Richard Shekari picked interest in writing novels during his time at the Abubakar Tafawa Balewa University where he was studying Architecture as his first degree and graduated in 2011, after which he served his one year mandatory National Youth Service Corps (NYSC) from 2012-2013.

Richard had sustained a series of emotional depression in his struggle and as a result of the loss of his brother Kenneth, his sister Agatha and his father that he avoided meeting people for a long time. This however, led to his self-discovery of writing inspirational quotes. Which he expressed in his earlier songs which were mostly rap, a genre which he pursued for the next decade. He however avoided succumbing to the influence of drugs.

After acquiring his first degree, Richard has also participated in volunteer works in Humanitarian services for the National Emergency Management Agency in Maiduguri, one of the worst hit states by the Boko Haram insurgency in Nigeria. He got into writing his series of short novellas which began with The Broken Wings of Forgiveness. It was met with positive reviews. His other works includes, Saving Rose Green, Otheris and the Serpents of Qhudrus, Perils of Candy Cuthway, and Anna the Human. He currently lives in Abuja, Nigeria and has aspiration to go into directing movies.