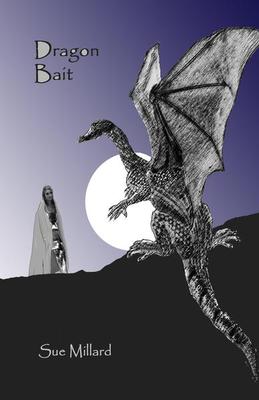 See more by Sue Millard
Get it now

I was born in Cheshire and moved to Cumbria in 1975. To begin with Garham and I had a little house in Shap then in 1983 we moved to what he calls "a very small hamlet at the end of the world." We have a grown-up married daughter and a son, and two grandsons.

The farmhouse at Daw Bank was rebuilt in 1902 on the footprint of a 17th or 18th century house. From the windows I can see Roundthwaite Common, Birkbeck Fells and the magnificent Howgills, where local farms have rights to keep Fell ponies in the traditional manner - hence the topics of many of my books.

I brought up a family and in between times I designed embroidery canvases, painted murals and wrote poetry and sang in choirs and amateur operatics. For 14 years I made competition driving harness for horses and ponies while we farmed at Daw Bank. I was a regular contributor to Carriage Driving Magazine, was a cartoonist and wrote for the pony magazine Going Native until its closure in 1995 after which I contributed to its successor Native Pony.

I worked in further / higher education from 1997 to 2009 at Newton Rigg College, the University of Central Lancashire and the new University of Cumbria. I achieved a Masters degree in Multimedia Computing -- wait a minute, Literature AND Computing? Well -- why not? Writers don't have to be office bound. We should resist being pigeonholed, typecast or stereotyped! (See what I did there?)

Three of my books were published by "proper" publishing houses, One Fell Swoop (now in its 3rd edition), Against the Odds (J A Allen) and Hoofprints in Eden (Hayloft). I'd also been doing a good deal of editing and proofing, and managing web sites, and when I took voluntary redundancy in 2009 I decided I could be doing all this for my OWN books. So here we are: I'm still writing, still selling books.