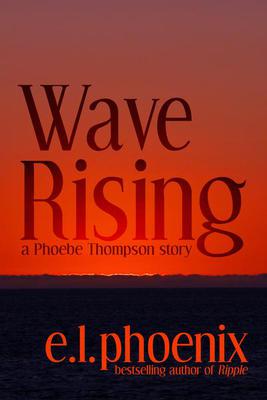 See more by E.L. Phoenix
Get it now

E.L. Phoenix is a truth explorer and a lay minister. She is an adventurer, a charismatic speaker, a lover of nature and animals, and a happy learner. From an early age, she has studied theology, archeology, history, philosophy, spirituality and modern literature. Elaine is currently applying to a Unitarian Universalist seminary so that she can continue her search for proof of God in an organized setting. She lives in the mountains of Front Royal, Virginia with her three children. El is the author of several books, including the award-winning and best-selling Ripple and I Run.

Hailing from the Christian tradition, El views herself as a follower of The Way, which is what Jesus originally called his movement. She also embraces indigenous faith traditions as well as the scientific method. El honors Jesus and Muhammad, Buddha and Lao-Tze, Gandhi and MLK, Whitman and Jung in her work. She teaches in a fearless style that embraces all souls and all systems of thought.

El teaches from all holy scriptures, whether they are found in the New Testament, the Torah, the Qur’an, Rumi’s Masnavi, the Mahabharata, or in modern works of such poets as Wordsworth, Keats, Shelley, Whitman, Byron, and Coleman Barks.  When El speaks, she is almost as likely to quote from Plato as she is to bring up the lost gospels of Mark, the son of Jesus and Mary Magdalene. Like Rumi, El is neither Sufi Mystic nor Hindu; Christian nor New Age; Buddhist nor Jewish–she is all these faiths and believes that the Way Home can be found both inside as well as outside church doors.

Past Careers: car salesperson; cook (ha, that’s not a joke!) . . . okay, a sous chef lol, like a burger-flipper to be exact, but I did COOK and get paid for it; Soccer Mom (to three kids who all dislike soccer); attorney; Sunday School teacher; door to door salesperson; optician’s assistant; TA (teacher’s assistant); marathoner (definitely counts as a job and a goofy one at that); author; and lay minister.