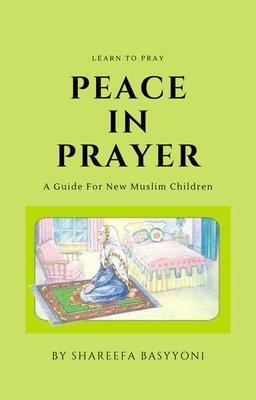 See more by Shareefa Basyyoni
Get it now

Shareefa Basyyoni was born in 1964 in Denver, CO USA, and grew up in a traditional Catholic family that exemplified having good morals as the backbone in the family. She embraced Islam in 1985 after reading the Holy Quran and discovering scientific facts described in its verses that had only been confirmed in the past few centuries.

The verse that was cause for her conversion was – Quran 55: 19-20 “He has let free the two bodies of flowing water meeting together between them is a barrier which don’t transgress.”  As a child, she used to watch on TV the French marine scientist Captain Jacques Cousteau, a famous underwater researcher who had discovered the water barriers between the Atlantic Ocean and the Mediterranean Sea, confirming what had been revealed in the Holy Quran.

She has traveled abroad extensively after her marriage in 1987 to a Saudi National, mainly in Asian countries and the Middle East. She has lived in Egypt and Saudi Arabia for an extensive period, where she found a need, especially in the Expat community, for arranging community services, social activities, and networking.  This is what moved her to take personal initiative to prompt a change in her community.

She is an accomplished Life Coach, Certified Counselor, and Workshop Facilitator. She is the founder of Pathways to Human Solidarity – a first of its kind motivational group for women in Jeddah, Saudi Arabia – with a membership of more than 32 nationalities of various faiths.  She recently established her own coaching practice with the prime objective of creating transformation.

She is skilled at navigating through conflict, integrating differences, and creating safe cross-cultural and mixed-faith environments for learning. Her primary focus has always been to assist women through dark periods of depression, anxiety and grief and isolation, and other mental health concerns that can debilitate whole families.

Her contributions include launching & managing volunteer programs and projects. She has taught English as a second language in the Middle East, worked as a volunteer locally, and when abroad, in food kitchens, and teaching the Arabic alphabet to young children so they can read the Holy Quran in Arabic. She loves to spend her time writing in her journal and sharing quality time with family.