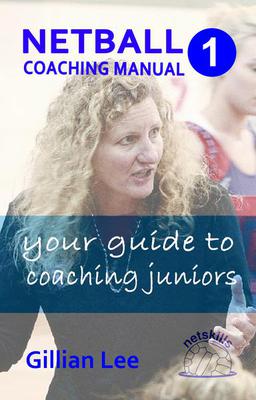 See more by Gillian Lee
Get it now

Gillian is the youngest of three daughters. She comes from a netball family; her mum and two older sisters played netball. Gillian spent Saturday mornings, and many a night, watching her mum and sisters playing netball and she longed to be old enough to play too. When Gillian was in grade five, (that’s the same age as many of you readers!) she finally got her opportunity, and what a stunning debut. She played goaler and her team won the grand final!

Perhaps all those years of watching netball made Gillian hungry for netball success, or maybe it was the advice of her mother who said, “Go mad, go and do everything”, because it was the start of a wonderful netball career

Gillian first played in the city for an under 16’s representative team. From here she was selected as a defender for the Victorian under 16’s and her elite netball journey began. She played in many great teams along the way, including the Australian under 21’s.

However, one of Gillian’s fondest netball memories is playing in a team with her mum and sisters called, MKs, or mums and kids.

Gillian is now a well respected coach and coach educator, both nationally and internationally, as well as an author of netball books and a netball coaching DVD series. You can check out all Gillian’s career highlights at www.netskills.com.au