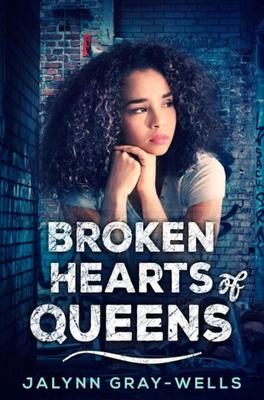 See more by Jalynn Gray-Wells
Get it now

Indie author Jalynn Gray-Wells grew up between two cultures—white American and black American—in a blended family along the outskirts of Camden, New Jersey. She is the second to the youngest of seven interesting children: four girls and three boys.

From the age of nine, Gray-Wells has adored reading and writing. She started her own club of bloody alien comics that earned her instant popularity with the boys in her third-grade class. Her hobby has only since taken a professional turn five years ago with an unpolished novel. The story is about a hairdresser forced to go on the run from her psychopathic brother intent on capturing her for his own twisted amusement. After The Broken Series is completed and published, Gray-Wells plans to release that first novel, Georgia on the Run, to the world.

Her latest work, Broken Hearts of Queens, the first in a series, showcases an in-depth glimpse of what it takes to survive oneself and the haunting effects of childhood trauma. Gray-Wells also writes creative pieces and travel articles for her blog, Happy Travels, Darling.

For all speaking engagements, requests, questions, and thoughts, feel free to connect with Jalynn Gray-Wells via e-mail, Instagram, Facebook.