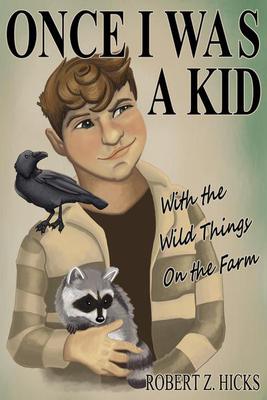 Once I Was A Kid, With The Wild Things On The Farm

See more by Robert Z. Hicks
Get it now

Robertt Z. Hicks grew up on a farm in central Michigan in the ‘1940s’, and had many delightful experiences, especially with wild critters. A collection of those memories, paired with poems inspired by them, are compiled in Once I Was A Kid, With The Wild Things On the Farm.

​​​​​​​Bob retired after teaching speed communication twenty-four years at the University of Hawaii. Mr. Bob’s vision is to create fun rhyming stories for children to help them learn to read, and to spark a life-long love of reading. He delights to hear that children are asking for his books again and again.

Bob’s first book, Tommie Turtle’s Secret, won several awards, including Best Children’s and Book of the Year in the Florida Writer’s Association’s Royal Palm Awards competition. Bob's second book, Mouse in the Manger, was a Finalist in both the Royal Palm competition and the USA Best Books Award.

During his high school years, Bob was paralyzed and had to turn to learning verbal skills. Bob earned a bachelor of arts degree from Michigan State, and masters degrees from the Universities of Michigan and Hawaii. Bob taught speech communication three years at Penn State, and twenty-four years at the University of Hawaii.

Bob and his wife Betty reside in New Port Richey Florida, and can be contacted at RobertZHicks.com