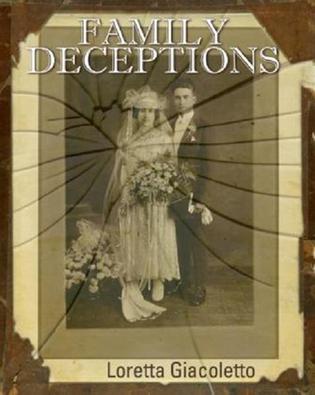 See more by Loretta Giacoletto
Get it now

Loretta Giacoletto was named a finalist in the 2015 and 2014 "Soon to be Famous Illinois Author Project" for her sagas, Family Deceptions and Chicago's Headmistress. She divides her time between Southern Illinois and Missouri's Lake of the Ozarks where she writes fiction, essays, and her blog Loretta on Life while her husband cruises the waters for bass and crappie. Their five children have left the once chaotic nest but occasionally return for her to-die-for ravioli and roasted peppers topped with garlic-laden bagna càuda. An avid traveler, she has visited countries in Europe and Asia but Italy remains her favorite, especially the area from where her family originates: the Piedmont region near the Italian Alps.

Her novels are filled with bawdy characters caught up in problems they must suffer the consequences for having created. ITALY TO DIE FOR, from her Savino Sisters Mystery Series, shows how too much togetherness can spell disaster for two thirty-something sisters vacationing in Italy. In LETHAL PLAY a grieving widow is suspected of killing her son's coach, a man with more enemies than friends. FAMILY DECEPTIONS follows two generations of earthy characters who learn to thrive and survive through a series of misdeeds, the worst against those they love the most. FREE DANNER features a cynical young man whose troubled past and deadly encounters hinder his search for the father he has yet to meet. THE FAMILY ANGEL is an Italian/American saga about the an immigrant family of bootleggers, coalminers, winemakers and priests, and a mysterious black angel who enjoys sticking his nose in the family business. The previously mentioned CHICAGO'S HEADMISTRESS, a prequel and partial parallel to THE FAMILY ANGEL, follows a 1905 Italian street urchin's notorious rise to wealth and power as the headmistress of Night School, Prohibition Chicago's most popular and innovative men's club in the 1920s. Loretta is also the author of A COLLECTION OF GIVERS AND TAKERS, twisted stories about the good, the bad, the self-centered and disillusioned

In addition to the horror anthologies, Damned in Dixie and Hell in the Heartland, Loretta's short stories have appeared in a number of publications including The MacGuffin, Futures Mystery Anthology Magazine, The Scruffy Dog Review, Allegory and Literary Mama, which nominated her story "Tom" for Dzanc's Best of The Web.