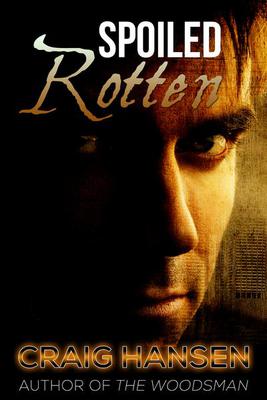 See more by Craig Hansen
Get it now

Craig Hansen wrote his first SF published short story, "The S.S. Nova," when he was fourteen. It was published in the Minnesota Writers in the Schools COMPAS program's 1981 anthology of student writing, When It Grows Up, You Say Goodbye To It. That was when he decided to dedicate himself to writing.

Hansen earned two degrees at Minnesota State University at Mankato under the mentorship of young adult novelist Terry Davis. In the years that followed, Hansen worked a variety of jobs, including five years in journalism in northwestern Wisconsin, where he earned several state awards for his writing and editing.

His work has appeared in the Meadowbrook Press anthology, Girls to the Rescue, Book 1, as well as the true crime journal, Ripper Notes, in volume 28.

His first novel, Most Likely, was released in May 2011. Shada, the first installment of the Ember Cole series of young adult paranormal suspense books, was published in September 2011. Under Contract followed in the spring of 2012. The Devohrah Initiative appeared in August 2013. Nice Girl Like You is his most-recent work.

Hansen remains hard at work on two novel-length books. Ember continues the story of Ember Cole that began in Shada, and will be the second novel in that series. EyeCU (working title) will become his first novel-length horror tale for older readers.

Hansen lives in Oregon with his wife, a dog, two cats, and his 91-year-old father, a World War II veteran.

Craig's interests include the music of Johnny Cash, reading the novels of other independent authors, blogging, and the study of Messianic theology.

On his website, you can sign up to receive a periodic email newsletter that will notify you when he releases new books.