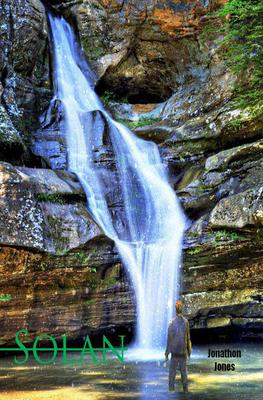 See more by Jonathon Jones
Get it now

Born and raised in a small town in central Illinois, Jonathon Jones has spent most of his life involved in academic pursuits.

He received a Bachelor's degree in Art History at the University of South Florida. In addition, he also received a Master's degree in Library Science at that same University. He is also a member of the Society for Collegiate Scholars as well as the Phi Kappa Phi Honor Society.

Some of his many research projects have involved nutrition, philosophy, art, antiques, history, and human relations. His personal interests are movies, trivia games, visiting historic sites, and museums.

For many years of his life he has been an avid researcher and collector of antiques and collectibles, and since 2000 has been a seller as well, primarily via online auction sites such as Ebay. He has also collaborated with and sent textual and visual submissions (Using his alternate name--Jonathon Jones is a pen name) to Ted Hake, writer of the Hake's Character Collectibles Guides, and some of his former collection pieces have been pictured within the pages of those books.

His most recent dream is to write informative manuals as well as short stories via the E-book format, and with the love and support of his family and friends, he hopes this dream will become a reality.

He currently resides in Florida near his family, whom he would like to thank wholeheartedly for giving him the hope and inspiration that he needs to make all of his dreams come true.