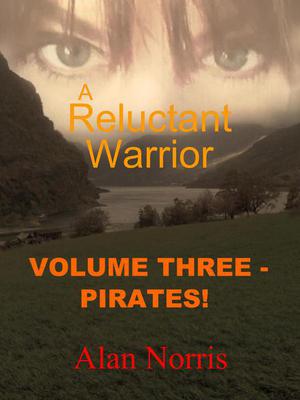 See more by Alan Norris
Get it now

Alan was born in Poole, Dorset, England on October 1st 1948. As a child, he lived in Canada for a few years in what was then a tiny settlement village called Malton in Ontario. He went to his first school in the village, a one-room school that was quite basic but typical of the time in those outlying areas of the Canadian countryside.

Later in life he travelled to Western Australia where he worked as a design draughtsman and played drums in his spare time with a very active band called “Unicorn”.

Eventually, Alan returned to England, where he found a winter season of high unemployment and a frosty cold that he’d forgotten about. After a couple of dead-end jobs he joined the Royal Navy and quickly worked his way up to become an engine room Chief Petty Officer.

His first ship was involved in the brief skirmish of the mid 1970s that they called the “Cod War”. He should have seen the trend, because ten years later he was involved in the Falklands Conflict while serving on the frigate, HMS Argonaut. They were hit by two enormous bombs within minutes of the first day of action. One landed in the boiler room and the other became lodged in an ammunition magazine. Luckily neither of these devices exploded, but unfortunately two of our gunners were killed. One of them was just twenty-one years old that day.

Alan’s writing began some years later when, as part of a team producing Technical Handbooks, he began to experiment with fiction and wrote a bag-full of short stories. The experiments continued until 2010 when he set out to use his new-found skills in a second career.

Alan now lives with his wife Stella in a quiet part of central Brittany, surrounded by books, forests, fields and their precious dogs, Elsa, Jester and Monty.

He still plays drums occasionally too.