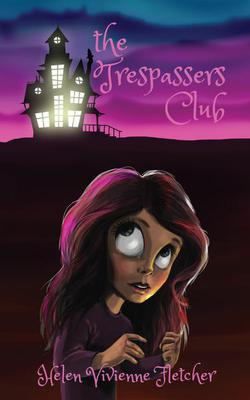 See more by Helen Vivienne Fletcher
Get it now

Helen Vivienne Fletcher wrote her first novel between the ages of thirteen and sixteen. It is, by several accounts, one of the funniest novels ever written. It’s just a shame it was supposed to be a psychological thriller.

Helen has worked in many jobs, doing everything from theatre stage management to phone counselling. She discovered her passion for writing for children and young people while working as a youth support worker, and now helps children find their own passion for storytelling through her business Brain Bunny Workshops, which runs creative writing holiday programmes and afterschool classes.

Helen is the author of three picture books for children, and one young adult novel, Broken Silence. She has won and been shortlisted for several writing competitions, including making the shortlist for the 2008 Joy Cowley Award, and in 2012 she was the recipient of the Wellington Children’s Book Association New Pacific Studios residency.

Her poetry and short stories have appeared in online and print publications, and she regularly performs her spoken word pieces in Wellington.

Helen has recently turned her hand to writing for the stage with her first play How to Catch a Grim Reaper, for which she was named outstanding new playwright at the 2015 Wellington Theatre Awards.

Overall Helen just loves telling stories, and is always excited when people want to hear or read them.