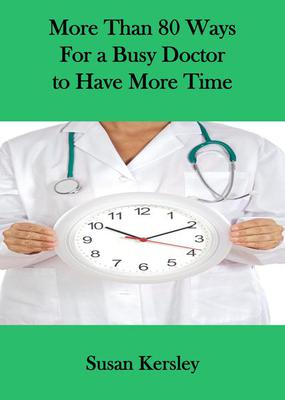 See more by Susan Kersley
Get it now

If you enjoyed this book please take a moment to leave a review. I would really appreciate a review on the website from which you downloaded this book.

Reviews are so important for independent authors.

Thank you very much.

I live by the sea in Cornwall, UK. I've written personal development and self-help books for doctors and others, books about retirement and novels.

I was a doctor for thirty years and decided to do something else.

After attending a workshop based on Louise Hay’s book ‘You Can Heal Your Life’, I trained to be a Louise Hay workshop leader. I did this in 1999 in San Diego and for several years ran workshops in Cornwall, UK. The aim of these workshops was to enable participants to understand themselves better and then find how to move forward more positively in life.

I read an article about Coaching, so I trained with CoachU. In 2000 I had an epiphany and realised that as a doctor, gave me useful and special insights and life experience about what life is like as a doctor, so I focussed on coaching doctors.

I wrote an article called ‘Is there life after medicine?’ for the BMJ hoping that it would be published in ‘Personal View.’ However even though the panel rejected it I was contacted by and later met Rhona MacDonald, the editor of Career Focus, part of the British Medical Journal. She was very interested in what I was doing and encouraged me to write a series of articles about Life Coaching and

how it can enable doctors to have a life. As a result, I wrote each month about how doctors could have more time and better work-life balance. These articles were published in the British Medical Journal over the years 2000-2005 and eventually evolved into books for doctors: ‘Prescription for Change - for Doctors who want a life’ and ‘ABC of Change for Doctors.’ 'Life after Medicine - for Doctors who want a trouble free transition' was published later.