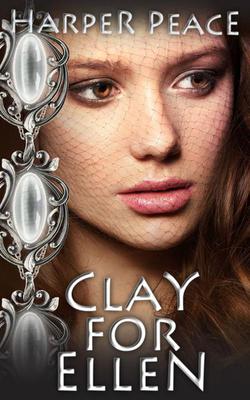 Clay for Ellen (A Tale of Glamours)

See more by Harper Peace
Get it now

I'm sure I'm not so interesting. Let me tell you about the books instead.

Imagine a civilization that had no use for papyrus or paper. Everything thought important was inscribed on clay tablets: accounts, taxes, the movements of the planets, and jewel-like accounts of moments in people's lives, written down – so they said – by magical means.
Time passes. Many of these records crumble to dust, others are lost forever, and still more are dissolved away by the waters that lie beneath the sands. Incredibly, some survive the centuries: a few by sheer luck, some by being the victim of fire, which bakes their clay into a hardness that survives the millennia.
When we look back at that incredible civilization, we see mostly blackness, but it's a dark illuminated by the occasional shooting star of a moment of someone's life, recorded in clay.

That's how I hope the first three tales from the lands of the sweet waters will seem to you: small glimpses into the darkness of time.
The first, Squire Chloe's Demon tells how Chloe battled against a darkness that came for her.
In the second, Another Side of Destiny we meet two other people of the City of the Sun, no sword-wielding squires these, but a couple trying to find their path between fate and destiny.
The third, and shortest, tale, takes place a generation later, Clay for Ellen. It's of a man who wants to see the truth behind masks. His tale would probably not have been recorded – too slight in the bigger scheme of things – except that he becomes a pawn in the games of others. His path intertwines with that of Alia, a sister of the seal.
The fourth tale, A Sister of Sword and Seal is rather different. It’s a much larger, and amazingly intact, account of the intense life of Alia, a new page – the lowest rank of the city's Temple. The life she tells us of is of secrets within secrets, and those secrets are deadly.

Coming soon, in Charm Counter Charm, we will learn of the lives of the destined of the City of the Sun, and of the brothers whose lives are magically entwined with them, for good and for ill.