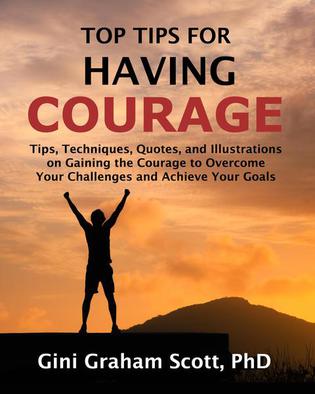 Top Tips for Having Courage

Gini Graham Scott is a screenplay writer, executive producer, and TV game show developer, plus a nonfiction writer who has published over 200 books, 50 for traditional publishers and 150 for her own company Changemakers Publishing. She also writes, reviews, and ghostwrites scripts and books for clients.

She has written and produced over 60 short films, including dramas, book and film trailers, TV show pilots, documentaries, and promotional videos.  Her IMDB resume is at http://imdb.me/ginigrahamscott.

She has been hired to write over two dozen scripts for clients, adapted from their novels, memoirs, or script ideas. She reviews books for their film potential and writes treatments and scripts for three major companies that publish books and promote them for authors.