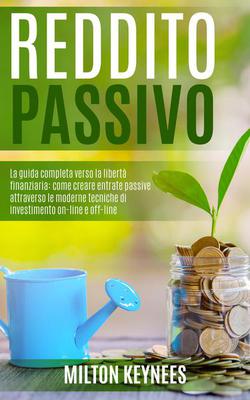 See more by Milton Keynees
Get it now

Financial Trader, Milton Keynees, a dedicated professional with years of experience, was born and raised in New Haven, Connecticut.
While growing up, Milton had a deep and long-lasting fascination with the world of finance.

As he completed high school and grew into an adult, this fascination quickly became a passion. Through learning more about the economy and money saving practices, he discovered that by establishing financial independence, a sense of empowerment came into his life, opening the doors to an array of possibilities.
It was not only an opportunity to live his heart's desires by traveling and buying the things he wanted most but above it all, financial freedom gave him the security of knowing that he was safe, especially in times of uncertainty.

Seeing that this security was a vital part of individual, family, and company success, Milton set out on a mission to help others achieve their personal financial goals. While doing so, not only did he gain extensive knowledge from his time at Manhattanville College-New York, but he studied also from the Shippensburg University's John L. Grove College of Business.
Utilizing his successful academic background, a vast amount of financial skills, and the belief that great efforts correspond to great results, he joined the finance industry, determined to make an impact in the lives of others.

After taking on several roles focused on finance, he has grown an unmatched level of attributes, all of which are used in every responsibility of his current role as a Financial Trader. Now living in New York, Milton focuses his skill and attention on trading for both individuals and companies.
Through buying and selling assets for his clients, he is able to open a whole new world of opportunities for them.
Revealing the many secrets of the economy and showing others how they can use it to their advantage, it is his hope that others will allow him to guide them in successfully managing their finances as they start their journey to financial freedom.

In the future, and while continuing to grow his business, Milton plans on creating a financial training institute for young graduates interested in the field of finance.
In the meantime and when he is not working, he enjoys making puzzles, playing the piano, and most of all, watching detective films based on cold case files.