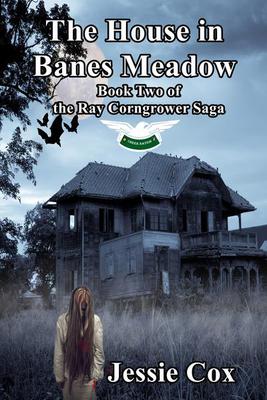 The House In Banes Meadow

See more by Jessie Cox
Get it now

Thus far there are seven books in the Ray Corngrower series. "The Infant Carrier", "The House in Banes Meadow", "Cheechako", "The Good Red Road", "The Skinwalker, a John Littlefeather novel" "The Manitou" and "Where the Wind Whispers My Name" are available in both paperback and ebook. These books are based on actual Native American legend and sprinkled liberally with laughter,tears and a writers imagination. Life experience also plays a large part. I find the saying that 'you can't write about what you do not know" to be a truism.

In closing, I'd like to thank my friends and the constant readers for their valuable input on my tales. My eighth novel "The Spencer Rifle"  "Book one of the Trail of Blood on Ice trilogy" is set in the period of just before and during the US Civil War, but is written in the Cherokee and Creek point of view. "Round Mountain" is the second book and covers the end of the Civil War and a few years following. "Washita" is the final book in the saga and is set in the years after the second book. I think the historical fiction fan will enjoy these novels.

Look for "Moon Dancer" to be on the market soon. Taken from the short story of the same title, it is Book one of the "Sons of Creek" series.  Amos Corngrower (Ray's son) and Tim Littlefeather (John's son) are the main characters in this series Following in their fathers footsteps against the monsters of Native American legend.

To the Cheechakos (the new comers, In Alaska Inuit) I'll say "Hersce". (Creek for hello)
JC