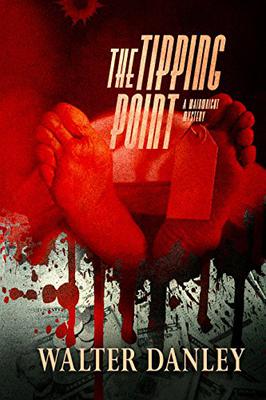 Mystery and Suspense:The Tipping Point: A mystery thriller full of intrigue about greed, fraud and murder...

See more by Walter Danley
Get it now

Walter Danley is a mystery and suspense novelist and the author of the Wainwright Mystery series, highly praised, fast-paced thriller novels to die for! As a former investment executive, Danley now writes suspense thrillers instead of living them.

Danley’s Wainwright Mystery series has enjoyed success with thriller and suspense fans. The series protagonist, Garth Wainwright, is a character created from bits and pieces of the many people the author knew in business. The conflicts, conspiracies, and murders in these stories are all fiction from the author’s fevered brow. But the fraud, sex, and greed he’s written about were significant elements of the multibillion-dollar real estate syndication business of the late seventies and early eighties…and it still is.

When he is not writing, he is reading one of the many novels by his favorite authors: Michael Connelly, Sandra Brown, Robert Crais, or Lee Child. Others whom Danley favors are the DLG, or double-letter guys. You can add Nelson DeMille, Patricia Cornwell, Ken Follett, Clive Cussler, and Dean Koontz to the list. Since there are no double letters in his name, Danley is concerned about his long-term prospects as an author.

It is not surprising that his work has been favorably compared to the work of these authors. Critics say that if you like mystery and suspense tales with exhilarating thrills, blind-curve plot twists, and page-turning action, you will love Walter Danley’s novels.

Walter lives in the Texas Hill Country and writes from his library overlooking the Cibolo Creek. Look for another in the Wainwright mystery series at your favorite retail or online bookstore soon.