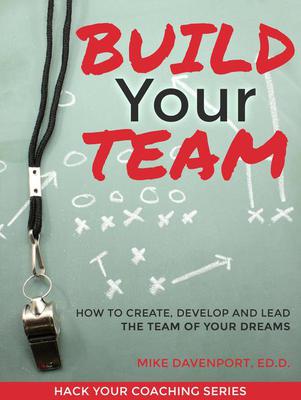 Build Your Team: How To Create, Lead and Protect The Team Of Your Dreams

See more by Michael Davenport
Get it now

I graduated from Florida Institute of Technology in 1978, and while there had a blast rowing. After graduation, I stayed on as assistant coach and spent years coaching rowers and keeping the equipment thriving (which in brackish water is tricky business). That’s when and where I became interested in the ins-and-outs of rowing equipment.

Then it was off to another 32 years of coaching—at University of Central Florida, then as head coach at the University at Albany and Washington College.

Early in those years I saw the challenges that coaches and rowers were having with the rowing equipment. It was then, thanks to the influence of my own stress and overwhelm that I wrote Nuts and Bolts Guide to Rigging.

That led to being boatman for the U.S. National Rowing Team from 1992-95, including U.S. World Championship teams during that time, and the 1996 U.S. Olympic Team in Atlanta, GA. Since then I have authored several books and a wealth of articles on coaching, rigging, and rowing, and have spoken regularly at coaching conferences, workshops, and conventions across the country.

I live in Maryland with my family and continue to coach, teach, and help rowers and other coaches succeed. If you’d like more help with your rowing, or coaching (or just want to connect) please try me at either of my two websites:

Or send me an email directly at mike@maxrigging.com