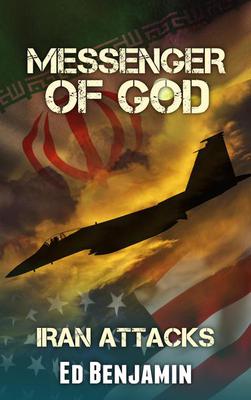 See more by Ed Benjamin
Get it now

Ed Benjamin and his bride, Mary Pettit, currently live in Bulverde, Texas, “The Front Porch of the Texas Hill Country.”  Every time he drives down the hill next to his property, he is treated to a panoramic view of the Hill Country of Texas.  They have lived here 19 years as of July 2018 and love it.

Ed’s folks were moving from Oklahoma City to rural Alabama just before he was born.  His mother intended for him to be born in her hometown of York, Alabama, but nature intervened, and he became an ‘Okie’ instead.  He did get to Alabama seven days later and grew up in Birmingham and York, Alabama.  When he was 14, his family moved to Greensboro, North Carolina.  After college, he joined the United States Air Force and spent 27 years supervising people who fixed airplanes, establishing technical training programs, and helping procure major weapons systems for the Air Force.

After he retired from the Air Force, he started and still operates a one-person business helping companies prepare proposals to get business with the government.

He states, “I like to write and am in the mode of experimenting more with self-publishing and putting myself out there in various forms of fiction and nonfiction.”

He is the author of “Harry’s War” – a long short story in eBook form available in most eBook venues.  Victory in battle and defeat in peace, and also “Cash in on the Obama $5 Trillion Spending Plan: How to make large amounts of money by conducting business with or receiving grants from federal, state, and local governments,” a simple, easy-to-understand guide for very small businesses to learn about the various ways to conduct business with federal, state, or local governments.

He invites you to visit his website at EdBenjaminBooks.com where he has a blog and you can learn about his pending projects.