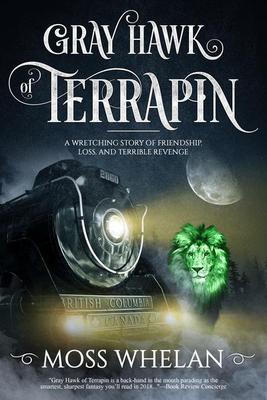 See more by Moss Whelan
Get it now

Raised by hippies in the 1970s. Began writing as a way to survive abuse in a communal environment called The (CRCA) Co-op in New Westminster, BC. Father, a Cannabis dealer, was sent to jail and then died. Survived bullying, suicide attempts, and hippy shunning.

Began the fantasy world of Terrapin (based on the lyrics of Robert Hunter) in the 1990s / mid-twenties. Joined Hemp BC to promote industrial Hemp and protest Cannabis prohibition. Attempted a non-wood / tree-free paper mill named The Green Man Paper Mill.

After the turn of the century, Studied Creative Writing at Douglas College, writing for Screenplay at VFS, and English Lit at STFU. Began working with Tihemme Gagnon, Kial Natale, and others in credited and uncredited work. In 2012, put the orange on The Maynard online poetry magazine.

After years of struggling with mental illness, finally diagnosed with PTSD but unable to find medication or therapy that works in what he calls the "soft sell out" of the mentally ill: dealing with the symptoms but not the cause.

Moss works in the fantasy world of Terrapin as a stage for stories to encourage and empower children to resist advertising and media that promotes self-hate, revenge fantasies, and war.