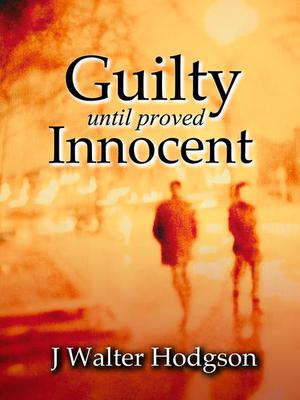 See more by J Walter Hodgson
Get it now

After a successful business career as CEO of organisations in manufacturing, retailing and management consultancy, John joined the IoD (Institute of Directors) as a business consultant.

He went on to become a senior lecturer on finance for non-financial directors, business strategy and negotiation skills.  He describes his time there as one of the most memorable and fulfilling chapters in his life.

After retiring, he turned his hand to writing, beginning with a series of self-help books that drew on personal experience.

Titles include:  Top Tips: Interviewing, Top Tips: Writing a CV/Resume, The Interview Bible, Test Your Financial Awareness and Where to Find Things When I'm Gone.

His venture into writing short stories began in 2016 with the publication of his first Novella:

GUILTY UNTIL PROVED INNOCENT which was quickly followed in 2017 with the sequel:

John lives with his wife Anyta in Cambridge, England.

They have three children and eight grandchildren.

Hobbies include travelling, eating out, playing golf and fly-fishing.

He is a passionate supporter and fund-raiser for the Arthur Rank Hospice Charity.