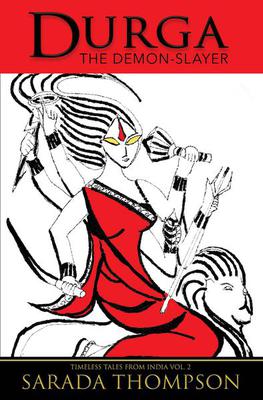 See more by Sarada Thompson
ALL
EBOOK
AUDIOBOOK
Get it now

I am an Indian artist and writer, resident in the U.K. since 1973, and in Wales since 1990. Born in Singapore, I worked as a journalist for local newspapers. When I arrived in London, it looked like I was set to read law, but then spent the next two decades raising a family, and writing for the Northampton and Milton Keynes weeklies during this time. I have conducted story-telling workshops through art, drama and writing in schools and universities; and also art therapy for mental health patients. The Hindu Story-Telling workshops involved art, writing and drama, as part of the National Curriculum. I have also exhibited my artwork in various venues in England and Wales, Ireland and Australia.

I have won awards for mini-tales in the National Association Writers’ Groups and in the local writers’ circle. My short stories have been published in both the University’s Anthology ‘Shadow Plays’ in 2010, and more recently in the writing group anthologies. I was short-listed in the NAWG 2016 Competition for my entry, ‘Footprints in the Sand’ in the Memoir Section and again in historical fiction, ‘He’s No Saint,’ in the NAWG 2017 Competition. In 2018, I was awarded two highly commended certificates in the 'Memoir,' and 'Travel,' sections. In the beginning of the year I was awarded the Brenda Lewis Award for non-fiction-Travel, in our Llanelli Circle Dinner.
Recently, I have written and illustrated picture-booklets, ‘Meenakshi-The Green Goddess-The Warrior Princess;’ ‘Savitri,’ the Ten Tales of ‘Ganesha’ and ‘Durga – The Demon Slayer.’ My debut novella – ‘The Neem Tree,’ was published on 5th December 2018 , by Wordcatcher Publishing.

We were also interviewed on Showboat TV Pembroke as a husband and wife writing team, Thompson-Authors. With daughter Gayatri Thompson Cook, we have successfully organized the Carmarthen Book Fair 2016-2018, showcasing about thirty local writers, for the last three years and hopefully for the forthcoming future.
I was awarded a Master’s Degree in Creative Writing at University of Wales, Trinity Saint David, Carmarthen in 2012. The first 20,000 words of ‘The Neem Tree,’ formed the dissertation titled ‘Outcaste.’