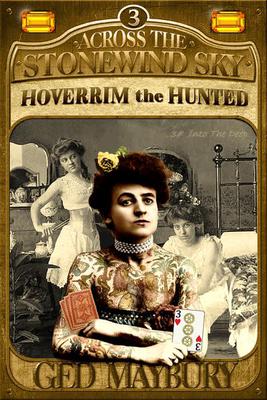 See more by Ged Maybury
ALL
EBOOK
AUDIOBOOK
Get it now

Ged Maybury is an Australasian author of children's and YA novelist, with 14 books conventionally published (not counting this series) and a lot more in the pipeline.

He began 1994 in his favourite genre: Science Fiction, later adding comedy and slice-of-life, and finally returned to his sci-fi roots with Steampunk.

This series is aimed at young adults and anyone else who likes an engaging adventure, but as far as any full-on “adult” content goes: well that's just not his thing. (Okay – there's a bit of it.)

He was born in Christchurch, New Zealand, and grew up in Dunedin; dux of his school; blah-blah-blah … Went into architecture, ended up in the performing arts and has been writing plays, poetry and books ever since. He also has earned some notoriety as a Cosplayer and Costumer, Steampunk Sculptor, Performance Poet and Story-teller. Occasionally he writes plays and films. Even more occasionally they get produced.

WORLD-FIRST: Maybury lays claim to the world's first custom-written theme-song to a book.

He currently lives in Brisbane, Australia. He has a blog and a Wikipedia entry, and is on Facebook.