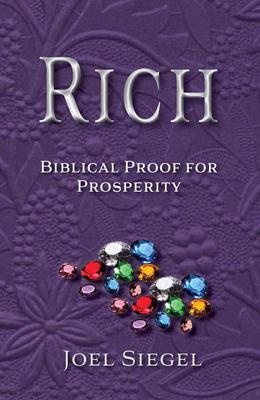 See more by Joel Siegel
Get it now

Faith in God’s Word, and constant reliance on the Holy Spirit have been the keys to success in the life and ministry of Rev. Joel Siegel. Raised and educated as a Jew, Joel Siegel, at age 18, had a life-transforming encounter with Christ that brought him true purpose and fulfillment.

Rev. Siegel began preaching and teaching the Word of God soon after he was saved in 1986. He entered full-time ministry in 1990, serving for three years as the music director for the gospel music group Truth. Truth’s road schedule took Joel and his wife Amy worldwide to over 300 cities a year, ministering in churches and on college campuses.

From 1993 to 2000, Joel was the musical director for Rev. Kenneth E. Hagin’s RHEMA Singers & Band. In addition to assisting Rev. Hagin in his crusade meetings, Joel produced eight music projects for the ministry, including his first solo release, Trust & Obey.

From 2000 to 2011, Joel and Amy (herself a skilled minister and worship leader), served as the founding pastors of Good News Family Church in Orchard Park, NY. During this time, they were frequently asked to host shows for the TCT Christian Television Network. Joel regularly hosted their popular Ask The Pastor program.

Rev. Siegel spends his time ministering to congregations in the U.S. and abroad, passionately endeavoring to fulfill his assignment to help lead this generation into the move of God that will usher in the return of Christ.

The Siegels make their home in Colorado. Joel oversees Faith Church Colorado in the town of Castle Rock, where Amy is lead pastor.

For music recordings, audio teaching series, books, and other resources, or to invite Rev. Joel to minister at a church or event, please visit www.joelsiegel.org.