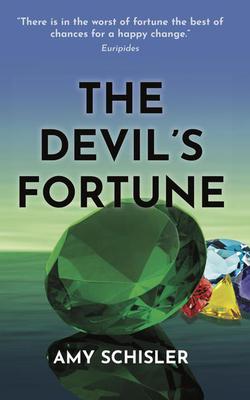 See more by Amy Schisler
Get it now

Amy has been writing all of her life as an author and freelance writer. Her first children’s book, Crabbing With Granddad, is an autobiographical work about spending a day harvesting the Maryland Blue Crab. Though Amy grew up in Prince George’s and Calvert Counties, Maryland, she spent most of her summers with her grandparents on the shores of the Wicomico River in St. Mary’s County. The setting was the inspiration for Crabbing With Granddad as well as her novel, The Devil’s Fortune.
​​​​​​​
​​​​​​​ Amy’s debut novel, A Place to Call Home, was released in 2014 by Sarah Book Publishing.  A second edition was published in March of 2015.  Picture Me, A Mystery, published in 2015, was the winner of a 2016 Illumination Bronze Award as one of the top eBooks of 2015. Amy’s critically acclaimed novel, Whispering Vines, published in 2016, was awarded an Illumination Award as one of the top Christian Romance books of 2016.  Whispering Vines was also awarded the LYRA for the best ebook romance of 2016. Amy followed up her success with Island of Miracles in 2017, winner of a 2017 Illumination Award for best Christian novel and a 2018 Catholic Press Award for Catholic fiction. Amy released her children’s book, The Greatest Gift, as well as her novel, Summer’s Squall ​in 2017. Amy’s novel,  Island of Promise, the second book in the Chincoteague Island Trilogy, is the recipient of the Oklahoma Romance Writer’s Best Inspirational Fiction Book of 2018 as well as six other 2018 national literary awards. Amy’s most recent novels are The Devil’s Fortune and Illumination Award recipient, Island of Hope, the final book in the Chincoteague Island Trilogy.
​​​​​​​
​​​​​​​ All of Amy’s books may be purchased in bookstores as well as online on all major print and ebook sites.
​​​​​​​
​​​​​​​Amy grew up in Southern Maryland, received her Bachelor’s Degree from Salisbury University, and graduated from the University of Maryland with a Master’s in Library and Information Science. A former librarian and teacher, she now lives on the Eastern Shore of Maryland with her husband, three daughters, and two dogs.

​​​​​​​ Amy’s writing has been hailed “a verbal masterpiece of art” (author Alexa Jacobs) and “Everything you want in a book” (Amazon reviewer). Amy’s books are available internationally, wherever books are sold, in print and eBook formats.