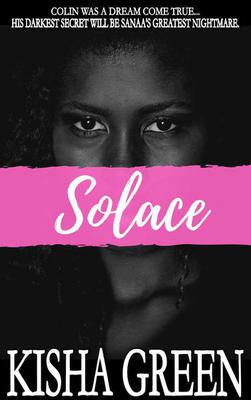 See more by Kisha Green
Get it now

Kisha Green is a jane of all trades whose mantra is “Turning literary dreams into published realities.” She has a strong passion for assisting authors in their writing and making their dreams come true.

Aside from having a passion for supporting authors, Kisha is a well-established author. She's been writing professionally since she was twenty-one. Her most popular novel is, ‘And Even If I Did’, released in 2006. Kisha Green is also the host of the award winning online radio show, Writer's Life Chats, an online radio show where she interviews aspiring and seasoned authors.

As an avid reader and book reviewer, her reviews have appeared on Amazon, Goodreads, Shelfari, Urban Book Source and other notable sites.  In 2016, she was nominated for Literary Activist by AAMBC and is the recipient of the 2014,2016 & 2017 Literary Excellence Award presented by Black Pearls Magazine.

Currently, Kisha resides in New Jersey and is a contributing writer for Urban Tymes, LitIsh, and Literary Jewels. A firm believer in "each one, teach one," Kisha Green launched Literary Jewels, an online resource for aspiring writers interested in self-publishing. She has also participated in numerous panel discussions and workshops on the topic.