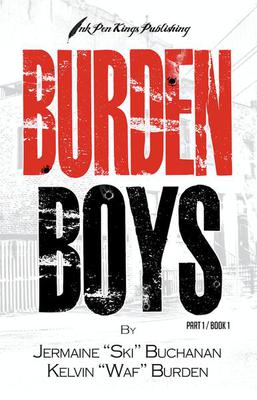 See more by Kelvin Burden, Jermaine Buchanan
Get it now

Jermaine Buchanan attended private schools through 7th. grade, and soared academically. He won Scholarships for writing essays and was on his way to a sound lifestyle. Yet, shortly after leaving middle school, he found another love, which was the streets. Quickly adapting to the fast life of Norwalk, Jermaine sadly became a product of his environment.

After a few close calls with death and brushed with the law, Jermaine was not detoured by his misfortune, and adopted the street name Ski, to validate his status.

Although the experience of incarceration in 1999, especially a lengthy 4 Life sentence, is different for everyone, Jermaine's

April 2009, Jermaine was prescribed Enbrel, a tumor necrosis factor inhibitor medication, and it was only in 2010, five years after the problem initially arose, that he was able to function regularly without a wheelchair and without experiencing constant pain. He receive injections of Enbrel in his stomach each week for the rest of his life or risk retuning to a wheelchair.

As difficult as this significant hardships would be for anyone, the obstacles increase dramatically when the person suffering from a serious and debilitating medical issue is incarcerated in a level 6 federal penitentiary, where freedom of movement and freedom of choice are tightly restricted and subject to considerable bureaucratic control.

While confined, he has come to realize he loves writing and it functions as "art" for him.

On March 13, 2015, Jermaine Buchanan Life sentences were overturned and he was resentenced to a total of 365 months. Due to scandalous procedures from the FBI behind closed doors, Mr. Buchanan opinion is unpublished, but he soon will be a free man to reunite with his family.

Mr. Buchanan enjoys sharing his story with the world, and he has prevailed in spite of his past and present mishaps. Ink Pen Kings Publishing is happy to have him apart of the family.