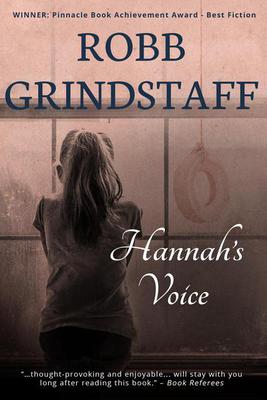 See more by Robb Grindstaff
Get it now

In addition to a career as a newspaper editor, publisher, and manager, I’ve written fiction most of my life. The newspaper biz has taken my family and me from Phoenix, Arizona, to small towns in North Carolina and Texas, and from seven years in Washington, D.C., to five years in Asia. Born and raised a small-town kid, I’m as comfortable in Tokyo or Tuna, Texas. I now reside in a small community in Wisconsin where I manage the business operations of a daily newspaper. The variety of places I’ve lived and visited serve as settings for the characters who invade my head.

I’ve had a dozen short stories published in several print anthologies and e-zines, and several articles on the craft of writing fiction. My first novel, "Hannah’s Voice," debuted in January 2013, and "Carry Me Away" launched in September 2013. My third novel, "Turning Trixie," is in the works for 2015.

I also edit fiction and non-fiction books for authors from around the world. It helps that I’m fluent in five languages: U.S. English, U.K. English, Canadian English, and Australian English, plus my native language, Texan.