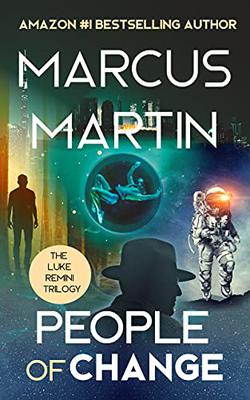 See more by Marcus Martin
Get it now

Marcus Martin is an international bestselling sci-fi author based in Cambridge, UK.

He originally trained as a composer and classical pianist at King’s College London & the Royal Academy of Music, before taking a meandering route into a Master’s degree in the psychology of music at the University of Cambridge, followed by a postgraduate diploma in religion and politics.

Marcus has performed at the Edinburgh Fringe Festival a number of times as both a stand-up comedian and actor. After living and working in the US and Germany for six months he returned to Cambridge where he wrote and staged his first three plays, before embarking on a career in authorship.

He’s worked as a barista, a decorator, a builder’s assistant, a teaching assistant, a data entry clerk, a marketing executive, a compliance officer, a pianist, a choral assistant, a musical director, a script editor, a voice actor, and a jingle writer, to name but a few.

Alongside books and voice acting, he’s host of the cult sci-fi podcast Make It Soon, which brings scientists and comedians together to discuss iconic sci-fi inventions that are becoming a reality. Listen for free at makeitsoon.com