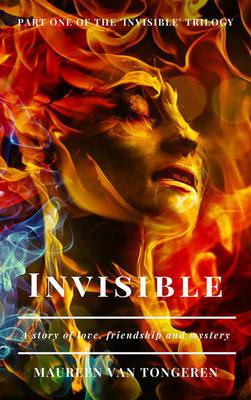 See more by Maureen Van Tongeren
Get it now

I was born and raised in Amsterdam where I,  after graduating high school, studied Art History and Archaeology, determinant to become an Archaeologist. But instead of digging up lost cities and following in the footsteps of Indiana Jones, I ended up in the financial world, working as a bondtrader for a bank and on the Amsterdam Stock Exchange.
Pregnant with my first son, I said goodbye to Amsterdam and the Stock Exchange and moved to a village in the Gooi area, aka the 'Gardens of Amsterdam', where two years later, my second son was born. Both of them are now grown up and have left home, but I still live there, together with my  husband and two adorable cats.

From the very moment I could read – already at the age of four – a world without books was unimaginable. I simply loved, and still love, to get lost in a story and I like all genres: a thriller, a classical whodunnit, Young Adult, a good romance, Fifty shades... (yes, I confess),  a true story ... Well, let's say I'm not picky, it just depends on my mood.
I do, however, have a fascination with the paranormal and, come to think of it, I really always have - now I'm beginning to wonder why? I love stories where ghosts, psychics, vampires, demons and the occasional shape shifter turn up, with the proviso that the story is set in the real world and normal people (like you and me) are involved.
So, when I wrote my first manuscript, a children's book called The Wandering Bartmann, automatically the paranormal appeared on stage, or rather on the page...
A publisher who was interested, asked me if I could write something like that for girls, because girls read and buy more books. Although disappointed that The Wandering Bartmann was not getting published, I started on Invisible, a paranormal romance for young adults. Again the publisher was interested but began to interfere with the storyline and the characters. A little too much for my taste, so I decided to continue as an Indie Author.

When not working as a secretary or writing, you can find me reading, cooking, making long walks in nature or creating all sorts of things with my crochet and knitting needles.