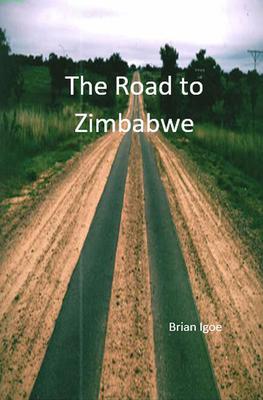 The Road to Zimbabwe

See more by Brian Igoe
Get it now

You don’t need to know much about me because I never even considered writing BOOKS until I was in my sixties. I am a retired businessman and have written more business related documents than I care to remember, so the trick for me is to try and avoid writing like that in these books….

Relevant, I suppose, is that I am Irish by birth but left Ireland when I was 35 after ten years working in Waterford. We settled in Zimbabwe and stayed there until I retired, and that gave me loads of material for books which I will try and use sometime. So far I have only written one book on Africa, “The Road to Zimbabwe”, a light hearted look at the country’s history. And there’s also a small book about adventures flying light aircraft in Africa. And now I am starting on ancient Rome, the first book being about Julius Caesar, Marcus Cato, the Conquest of Gaul, (Caesar and Cato, the Road to Empire) and the Civil War. But for most of my books so far I have gone back to my roots and written about Irish history, trying to do so as a lively, living subject rather than a recitation of battles, wars and dates. My book on O’Connell, for example, looks more at his love affair with his lovely wife Mary, for it was a most successful marriage and he never really recovered from her death; and at the part he played in the British Great Reform Bill of 1832, which more than anyone he, an Irish icon,

Out of Ireland, my book on Zimbabwe starts with a 13th century Chief fighting slavers and follows a 15th century Portuguese scribe from Lisbon to Harare, going on to travel with the Pioneer Column to Fort Salisbury, and to dine with me and Mugabe and Muzenda. And nearer our own day my Flying book tells of lesser known aspects of World War 2 in which my father was Senior Controller at RAF Biggin Hill, like the story of the break out of the Scharnhorst and Gneisau, or capturing three Focke Wulfs with a searchlight. And now for my latest effort I have gone back to my education (historical and legal, with a major Roman element) and that has involved going back in more ways than one, for the research included a great deal of reading, from Caesar to Plutarch and from Adrian Goldsworthy to Rob Goodman & Jimmy Soni.