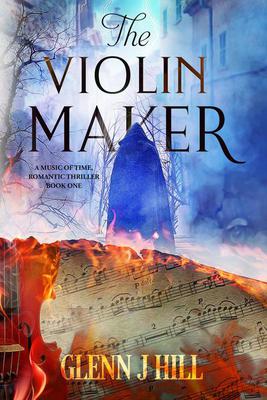 See more by Glenn J Hill
Get it now

I started writing some years ago, when I was studying to become a certified Jewish Storyteller, also known as a Magid. At the time I began writing my own original stories to tell to live audiences, along with my own versions of traditional tales.

I had not known my Mother was Jewish when I was younger. Only finding out in the last twenty years that she was from a hidden Jewish family who at pain of death, had to flee from persecution and the Inquisition in Spain and Portugal in the 1400`s, 1500`s and 1600`s.

Some of my ancestral Jewish family in Venice claimed to be descended from King David, though there is no sure proof of this. In the 1500`s and later they were court musicians and instrument builders in the Courts of Henry VIII and Queen Elizabeth, where the family continued to play music for the Royal Court and the Globe Theater in London. Eventually their descendants settled in the American colonies, as early as 1609.

I draw upon this once hidden ancestry and my stringed instrument building experiences in my writing. I am a trained classical Italian violin builder, and harp builder, designing, building and carving custom one-of-a-kind harps for forty-one years now.

Follow your Bliss and Live your Life in Joy.