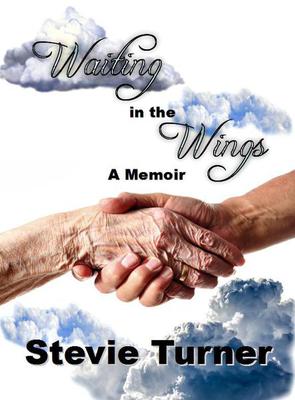 Waiting in the Wings

See more by Stevie Turner
Get it now

Stevie Turner  began her writing career as far back as 1969, when she won an inter-schools' writing competition after submitting a well-thumbed and hastily scribbled essay entitled 'My Pet'. A love of words and writing short stories and poems has carried on all throughout her life, but it is only now in middle age that she has started writing novels full-time and taking the author business seriously.

Stevie works part time as a medical secretary in a busy NHS hospital in the East of England. She is married, with 2 adult sons and 4 grandchildren.

So far she has published 10 novels, 4 novellas, a collection of 18 short stories (Life) relating to significant life events, and more recently her memoir 'Waiting in the Wings'. Her novels are realistic, but tend to shy away from the mainstream somewhat and focus on the darker side of relationships. However, you'll find that she does like to add in a little bit of humour along the way.

Stevie's third novel 'A House Without Windows' was chosen as a medal winner in the New Apple Book Awards 2014 Suspense/Thriller category, and in late 2015 it won a Readers' Favorite Gold Award.  It was also considered for filming by a New York media production company in early 2018.

An excerpt from her novel 'Repent at Leisure' made the shortlist for the Escalator Writing Competition in April 2016, and a short story, 'Checking Out', made the top 15 of the Creative Writing Institute's 2016 competition, and was published in their December 2016 anthology 'Explain!'

'For the Sake of a Child' screenplay won a Silver Award in the 2017 Depth of Field International Film Festival.

Stevie has also recently branched out into the world of audio books and translations.  Some of her books have been translated into German, Italian and Spanish, and many English versions are on sale as audiobooks.