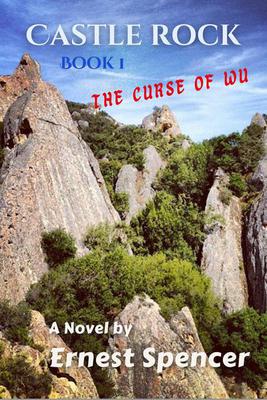 The Curse of Wu

See more by Ernest Spencer
Get it now

Ernest Spencer is a Hawaiian born Korean American. Born in the mid 1940’s, he joined the Marine Corps Reserve in 1963.

During his second year in college, where he was studying philosophy, he “was overwhelmed by the futility of reason as an effective force in life.” Disillusioned by reason, his life did not make sense to him. He was drawn to the Marine Corps by the sense of belonging. The Corps also offered him the chance to confront life rather than read about it. Spencer states, “I could confront life by going to the edge, or at least what I perceived as the edge: Existence itself.”

In 1967, he was sent to lead a line unit (an infantry unit) that is at Khe Sanh, the 1st Battalion, 26th Marine Regiment. There were four rifle companies in this infantry battalion: Alpha, Bravo, Charlie, and Delta. Spencer commanded Delta. He recalls “you have got to understand what it means to a 24-year-old guy who’s macho to be made a commanding officer of a rifle company in combat. He is Jesus Christ himself.” He was also the first Korean American to command a marine rifle company in combat.

Since his time in Vietnam, Spencer founded a publishing company.

Now, after enjoying retirement, he has founded a non-profit to support education in his beloved Hawaii. He is now writing a historical fiction trilogy and self-narrating his books for the audio book market.

And keeping his softball skills up!