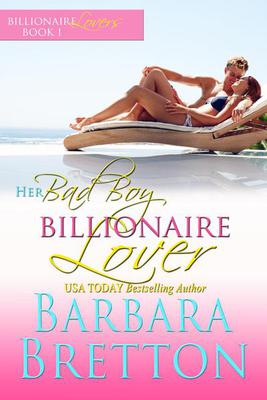 See more by Barbara Bretton
Get it now

Barbara Bretton is the USA Today bestselling, award-winning author of more than 50 books. She currently has over ten million copies in print around the world. Her works have been translated into twelve languages in over twenty countries and she has received starred reviews from both Publishers Weekly and Booklist.  One of her titles was recently chosen by Booklist for the 101 Best Romances of the Last Decade list. Many of her titles are also available in audio.

Barbara has been featured in articles in The New York Times, USA Today, Wall Street Journal, Romantic Times, Cleveland Plain Dealer, Herald News, Home News, Somerset Gazette, among others, and has been interviewed by Independent Network News Television, appeared on the Susan Stamberg Show on NPR, and been featured in an interview with Charles Osgood of WCBS, among others.

Her awards include both Reviewer's Choice and Career Achievement Awards from Romantic Times; a RITA nomination from RWA, Gold and Silver certificates from Affaire de Coeur; the RWA Region 1 Golden Leaf; and several sales awards from Bookrak. Ms. Bretton was included in a recent edition of Contemporary Authors.

When she’s not writing, Barbara can be found knitting, cooking, or reading.

She lives in New Jersey with her husband and a houseful of pets.