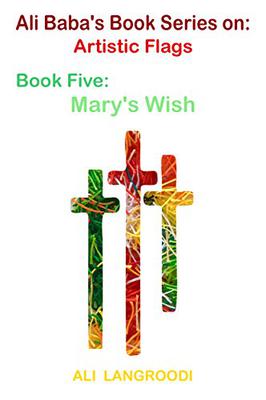 See more by Ali Langroodi
Get it now

I was born in the northern part of Iran. My parents were native to the Caspian Sea region, also known as the North. My family decided to move to the capital city of Tehran when I was an infant. I completed my schooling in Tehran, which included a college degree. My mother and I frequently visited my grandma, who lived all her life by the Caspian Sea, in the beautiful province of Mazandaran. She created wonderful and sweet memories for me. Even to this day, the colorful scenery of the North is my inspiration for my art works and writings.

After moving to the United States, I completed my graduate studies in the field of biological sciences. But later I developed an interest in studying human personality and behavior. Thus I pursued a career as a psychiatrist which continued until my retirement.

I became fond of arts and crafts, painting, drawings, and writing lyrics in my adult life. I created a five-book series titled: Ali Baba’s Book Series on Artistic Flags (please see the complete list of the books in the series at the back of this book). I also released five single song tracks under my artistic name, Caspean. The following singles became the favorites among my friends: She Got Too Much and Live It, Live It.

During writing a laboratory exercise compendium for a molecular biotechnology book, I realized that the fictional cases that I created were entertaining to some of my friends, aside from their scientific contents. Thus I decided to write my first fictional book, South Harbors Secrets. Both in the Ali Baba’s book series and this novel, my goal has been to highlight, embrace, respect, and celebrate the diversity that exist among various cultural groups. I think that despite all the differences, we have a great deal of similarities that could bond us together. My true belief is that, collectively, the human spirit has a tendency to reach for a greater cause and a common goal to make life more meaningful and fulfilling for all. My mission in life has become to use arts, paintings, and writings as a tool to convey these messages.