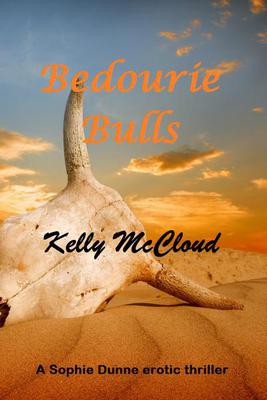 See more by Kelly McCloud
Get it now

Hi there, my name is Kelly McCloud, and I write because I enjoy it.

I was born in Central Queensland and grew up on a cattle property near the little town of Dingo. Dad was the manager there and us kids, two older sisters and a younger brother, spent as much time as we could helping in the running of the place. We didn’t get paid much more than pocket money but we learned a hell of a lot, how to climb windmills and check the gearbox still had oil, fixing leaking troughs, pulling dying cows out of boggy dams, fixing old cars so they ran properly, we all learned to drive before we were twelve. We were in there with the mustering crews, riding from sunup till dark. We branded the new calves, castrated the males, did the vaccinations and the drenches and sprays, you name it and we were in it. Is it any wonder I married into the same industry.

I started writing as a bit of therapy really. My children are old enough to be pretty well independent these days. Yes, I’ve had four kids, just like old mum and dad, but I had three boys before I got a girl. Boys are hard work and I was thankful when they grew up enough to kick them out the door and say, “Go and tell your dad he wants you.” I like to think it was the stress of the boys but I went through a bit of a mid-life crisis, not knowing what my purpose for existing was. Then a friend suggested I try a writing group, at which I just laughed. I mean, I really did laugh quite loudly and rudely. It was ridiculous. Me, write!

I started with a little group, all women except for one old fellow who was probably more interesting than the whole lot of us together. We wrote about our lives, our loves and our dreams. In particular I wrote about life on the land and about the people I’d met along the way. A lot of my stories will never be read but they were part of the journey, part of the therapy. Eventually I started writing about the most alive and exciting part of life, the sex. I like sex. I like sex an awful lot. Life without sex would be pretty bloody boring. And I found writing about it was almost as sinful and wonderful as doing it. It excited me and made me want to write more.