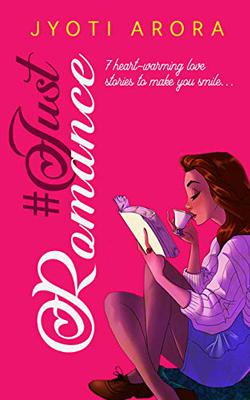 See more by Jyoti Arora
Get it now

Jyoti Arora is an Indian novelist and blogger. Besides her books, her writing achievements include several wins in blogging competitions, over five years of freelance writing experience, developing books for kids and abridging 30 English novels like Jane Eyre, Adventures of Huckleberry Finn, etc.

Jyoti’s first novel ‘Dream’s Sake’ was published by V&S Publishers in 2011. It tells a beautiful love story revolving around the troubles of physically challenged people. Her second novel ‘Lemon Girl’ is based on the theme of gender crime against women and victim-blaming. It is featured in Ezvid’s wiki list of “9 Well-Written Novels That Put Women Front & Centre.” It also received appreciation from Ms Maneka Gandhi. Her third novel ‘You Came Like Hope’ talks about the opposite side of the issue discussed in Lemon Girl. That is, it talks about the fake cases filed by women. This too is a case of gender crime and victim-blaming. But in this case, it is the man who suffers. The book received much appreciation for its unique theme and heart-warming love story. All three books are intense and based on serious social issues. For her fourth book, Jyoti decided to write something lighter and happier. She wrote #JustRomance, a collection of happy love stories.

Books have always been Jyoti’s best friends. Books so fascinated her from early childhood that she learnt to read by herself even before she started going to school. And she considers herself fortunate that she is able to pursue her dream of being a novelist and work at what she loves best.

She is a patient of Thalassemia which forced her to drop out of school too soon. But she did not let that defeat her. She studied on her own and completed her schooling through correspondence courses. Then she went on to study BA English (Honours) from Delhi University and then achieved postgraduation degrees in English Literature and Applied Psychology from Annamalai University.

For her determination and achievements, she has received appreciation from several eminent dignitaries and her life story has been covered in various TV shows, radio programs, newspapers, magazines, and websites. In the year 2016, she was one of the 100 special women achievers of India that were invited as guests to attend the Republic Day parade in Delhi.