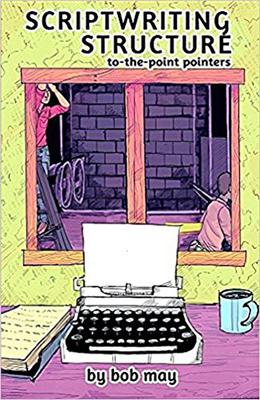 See more by Bob May
Get it now

Bob May began his theater career as an actor in 1967 with a small role in Kiss Me Kate at Ft. Lauderdale High School (FL). Acting took a back seat to directing while he earned a BA in Theater from St. Cloud State University (MN) in 1972. Since that time he has directed over four hundred and fifty productions at various educational, community, and professional theaters across the country, winning numerous awards for his directing.

While directing, he was also writing plays. In 1994 Bob earned an M. F. A. in Playwriting from The University of Nevada, Las Vegas, and directing took a backseat to writing. To date over fifty of his plays have been produced, with productions around the world, and twenty-two have been published. The most popular are Beanie and the Bamboozling Book Machine, Elson – The First Christmas Elf, and Jack and Bella: From Beanstalk to Broadway.

He was the Artistic Director and in-house playwright for the Conway, Arkansas, based Children's Theatre to Go from 2002 - 2008. They produced his work exclusively, including Crystal and the Christmas Snowman; A Different Kind of Nutcracker; and Elson, the First Christmas Elf (all published in the collection: Snowmen, Elves, and Nutcrackers by Baker's Plays); Jack and Bella:  From Beanstalk to Broadway - a musical (published by Heuer Publishing); Cinderella and the Fairy Godfather, Alice in Wonderland, Snow White and the Magic Mirror, and Hocus Pocus Horticulture (all published by Playscripts, Inc.) and The Great Santa Claus Reindeer Roundup (published by Brooklyn Publishing) .

In 2008 he wrote The Gulf Coastal Plains Region episode for the Arkansas Educational Television Network (PBS) program The Great Experience of Arkansas: An Amazing Journey Through Six Regions.  He also produced, directed, and wrote the documentary on ghost hunting titled The Ladies of the Night in 2011.   And his book Postcard Pointers to the Performer is published by Dominion Publications, Cedar Rapids, Iowa. Skye Bridge Publishing publishes his book The Process of Directing: From Concept to Curtain.

He and his wife, Cathy, have a blended family of five children and five grandchildren. Mr. May is a member of The Dramatists Guild of America.