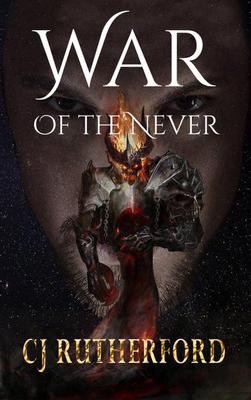 War of the Never

See more by CJ Rutherford
Get it now

CJ Rutherford has always been a story teller, even if they started out in his mind only. He grew up on a farm in very rural Ireland, and was left pretty much to his own devices most of the time.

​So, he invented his own world, with fairies, trolls, and other mystical creatures.

​His stories stayed with him throughout his life, sometimes scrawled down on scraps of paper, and occasionally brought to life in a sketch (although he’s the first to admit what he drew and what you might see might not bear any similarity to each other.)

​Along came two daughters, and at last he had an outlet for his imagination. As the girls grew up they were enthralled by the characters and the worlds their father created. He even brought them to life in his fantasy world, and they never knew when he sat down to tell them their bed-time story, whether they would be fighting a dragon or playing with one.

​But time moves on, and daughters grow up, and soon enough, CJ needed another way to tell his tales.

The rest, as they say, is history…or the future, depending on how you look at it.

Tales of the Neverwar is a unique fantasy series, spanning two worlds, one of magic and one of science. Millennia ago, magic was hidden to prevent it being used by an ancient evil malevolence to conquer the universe. Now, the spell hiding it is failing, and the magical land of Teralia is about to re-enter our world.

The Darkness, banished for thousands of years, awakens as the magic grows stronger, and searches for a way to use this new magic, this 'science', to free itself from the prison entombing it.

20-year-old Katheryn’s ordinary life is turned upside down when she discovers she’s the only thing standing between survival, and the destruction of everything she loves.

So begins a desperate battle across time, space, and multiple dimensions, as magic collides with science in an ancient battle for supremacy…for whoever controls the magic, wins the war.