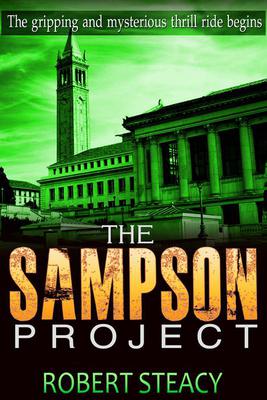 See more by Robert Steacy
Get it now

As a writer of fictional work, Robert Steacy has challenged himself to produce wildly fun adventures in an intelligent and picturesque manner. No matter the project, Robert utilizes his extensive skills as a creative communicator and analytical thinker to lead the reader though their own emotional discoveries.

Robert has written artistic storylines as well as edited technical works for many publications including his own advertising and literary company.?Writing is a passion that he is compelled to do while working in varied genres. In addition to fiction novels, he is the author of poetry, short stories and film scripts, as he enjoys diversifying his talents through various writing experiences.

Robert understands how incredibly important the nature of information is and the resultant inspiration that comes from a good story or well thought out project. He achieves his imagination from his many years traveling the world for work and sport, as well as his time coaching, mentoring and partnering through artistic expression.??

Robert has published many articles and ebooks throughout his professional life, including technical writing projects involving business plans, contracts and proposals, in addition to his many adventurous novels and comical short stories.

Robert has also involved himself as an actor on stage and in films for much of his life. His acting experience has included the role of Drosselmeyer in San Jose Dance Theatre's Nutcracker, Lord Capulet in "Romeo and Juliet" and Dr. Coppelius in "Coppelia", as well as performing off-Broadway in "Mr. Male America" as Mr. California.

Robert was also a guest "Leader of the Gang" Mouseketeer for TV's "Mickey Mouse Club". Since then, he studied stage and film performance extensively to hone acting skills. He has had appearances in various television shows such as "I Almost Got Away with it", and recent films such as "Moneyball". He is currently shooting and co-starring in an independent film "The First Day of Spring", scheduled to be released in 2015. Robert has always been inspired by the many great artists he has had the fortune to work with that allow him to push the boundaries of performance and literary achievement.