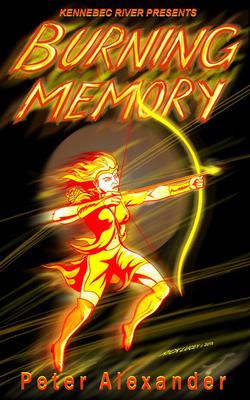 See more by Peter Alexander
Get it now

Peter Alexander, an American living in Thailand, is an author, award-winning documentary filmmaker, journalist and publisher.

He formed his entertainment production companies, Kennebec Entertainment and Kennebec Publishing in 1999. Earlier, he was owner, manager and creative director of a leading Bangkok advertising agency, Redford International associated with Saatchi & Saatchi in London.

A graduate of Boston University, he began his career as a sports writer for The Worcester Telegram in Worcester, Mass. He was also a sports stringer for The New York Times. He later worked for the Fairfax Sun Echo in Fairfax, Virginia.

He next wrote and directed the documentary film The Animal are Crying, which won first prizes at The San Francisco Film Festival as well as at festivals in Columbus, Ohio and New York. The film was shown on the Phil Donohue television show and was picked up by Columbia Pictures for distribution.

During his career in advertising, he wrote and directed more than thirty television commercials, one of which won the Silver Medal (2nd place) among all Saatchi & Saatchi agencies throughout the world at a time when the London agency was ranked either first or second in the world.

During the past eleven years, Mr. Alexander has written seven children’s books, four for another publisher, and his three famous “Mubu” books published by Kennebec Publishing. They are Mubu and Mu-Mu, the Little Animal Doctor, Mubu and the Ghosts and the Tiger, and Mubu and Hoot the owl. The latter is being reserved to become retailed as an ebook.

Besides Ruthless, which is being prepared to be an ebook, he has written two suspense novels, Beneath and The Girl Who Threw Stars. The latter has been retailed online throughout the world and received numerous five star reviews. Thus far, Beneath, self published, has been sold at book events. It is planned to sell it in the future as an ebook.

He has one motion picture – a feature – presently undergoing development. It is entitled Finding Ruby.