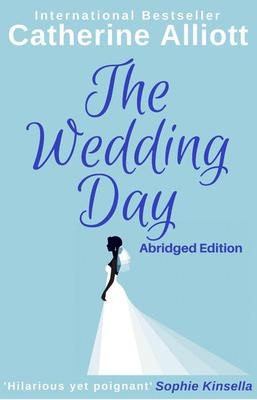 See more by Catherine Alliott
Get it now

'People often ask me if I always had a burning desire to be an author, and the honest answer is no, in fact, it almost happened by accident.

I was working as a copywriter in an ad agency and tired of writing blurb for soap powder, began writing a novel under the desk. I had no thought of publication, was just doing it to relieve the boredom, but I must say it was a bit of a shock when my boss walked in one day and said we're not sure you're entirely committed and gave me the sack!

Actually, I think that galvanized me and I was determined to finish it. I did, but it took a while: I was working freelance, and then pregnant with my first child so it wasn't at the forefront of my mind. When my son was born I discovered babies slept for great chunks of the day, so I revisited it, tapping it onto a computer my brother gave me. (The first draft was in long hand, I'm a complete Luddite by nature, and actually, still write my first draft into note books.)

My husband persuaded me to send it to an agent who took it - amazingly and then a few weeks later I had a publisher too. The Old Girl Network came out about a year later and the first time I saw it in a shop, I was so startled I ran out again! I'm convinced it was easier back then to get published, these days it's far more competitive because there are so many girls doing it I'm glad I started early!

I've written a few more since then, but some things don't change: I still get a thrill when I see them around. I hope you enjoy the books, I certainly have a lot of fun writing them.'