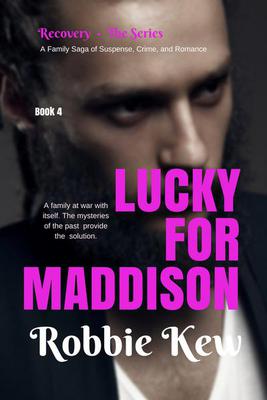 See more by Robbie Kew
Get it now

ABOUT THE AUTHOR - ROBBIE KEW

When Robbie Kew retired early from a varied working life, which included the duties of Secretary to Members of Parliament, Researcher, Primary School Teacher, and Bank Manager, she began to take writing classes and discovered the joy of writing short stories. At the same time Robbie decided to study for the Bachelor of Arts degree she had always wanted.  This was the start of a new world. She now has many degrees including a Masters in Policing, Intelligence and Counter Terrorism and a Post Graduate Diploma in Writing. Her qualifications provide an excellent background for story writing.

At present Robbie teaches writing classes called "Book Writers’ Workshop" with the University of the Third Age (U3A) and is happy to have finally completed her first series of novels. Recovery - The Series contains four books. It is the story of a family’s secrets and crimes, and the deceit that follows it through generations.

A second series is underway.

She is also writing a series of small books on a variety of writing topics called - Write a Book Series: A Beginner’s Guide - WRITE YOUR FIRST NOVEL NOW. So far she has published 9 books in the series.

Robbie lives in Australia, on Queensland's Sunshine Coast. She is divorced, has one lovely daughter, and three exciting grand children.